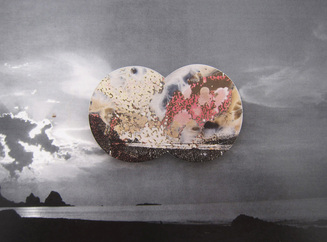 Mei-Fang Chiang 江枚芳
mayfun6886@gmail.com
So come out, grab a handful of greens and sunlight. Place them in a piece of aluminum. And let them
speak.  Infusing colors into metal, my intention is to polish the expression of materials, bring it to a subtle balance between sense and sensibility, then search for possibilities of jewelry design. The everyday-use experience of the wearer is one of my major concerns. I would like to connect the unique emotion between jewelry and its owner ： while the work's concept embodies the user experience, a new object/subject relationship is created. Meanwhile I go back to life itself, continue observing the land, the nature and people so as to return to the practice of physical labor, which is the very basis of  crafting. 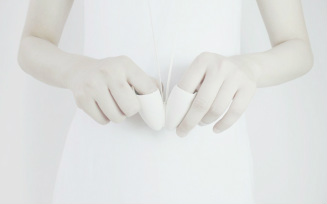 Shih-Dea (Deborah) Tseng 曾詩迪
deborahtseng@hotmail.com
My concept is inspired by a sentence: “Do  not judge a book by its cover”. An indistinct and subtle atmosphere can  illustrate our society which means there is no absoluteness to anything. I aim  to create a neutral area - peaceful but slight odd, fragile but strong and  smooth but rough. Jewellery is
the medium I use to communicate my aesthetic  ideas. I explore juxtaposing  textures, which are desirable to touch, and so  evoke emotions. Visually  therefore, the conflict generates irregular three  dimensional patterns on my  jewellery pieces, while they all have the same  visual impact as they are all white. It creates a vague and abstract  impression in the perceptions of touch and vision. 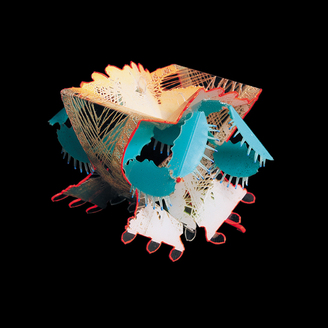 Wen-Miao Yeh 葉玟妙
wenmiao.yeh@gmail.com
Space is three-dimensional and the most important thing in my work.
Human beings are visual, live in three-dimensional space and create objects from what they see in daily life. The relationship between human beings’ emotion and living space is of the most importance that I take into account in my work. Space is not only space but is also sentimentally attached to ourselves. 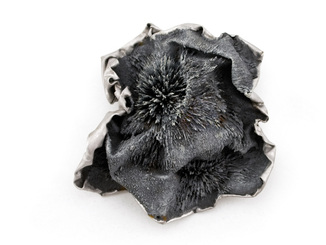 Ying-Hsun (Zita) Hsu 許鶯薰
zita0526@gmail.com
Science usually gives a rational impression, and may only surprise people but may be difficult to evoke one's emotions. My wearing art is inspired by the Asia aesthetic of Wabi-Sabi to taste soothing. I explore magnetism to embody invisible movement and solidify its ephemeral moment in a static work, that people can directly experience and interpret with their senses. 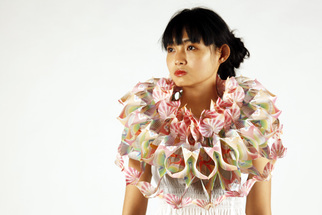 Yu-Ping Lin 林玉萍
linyuxi.tw@gmail.com
Yu-Ping Lin, Europe based Taiwanese emerging designer maker, works with textile and jewellery.
Yu-Ping’s work is process-based and structurally complex. She practices paper cutting/folding where the ideas of 3D structures originate. Her work focuses on the notion of Origami and paper art, architectural structures, interaction and seduction of pattern; the original pleasure captured by the structure of organisms inherent in nature. “ I do not set out to be a jewellery or fashion designer but as my portfolio developed and I became interested in both elements and aesthetics.” The medium includes felt, synthetic fabric, silk and mixed media. Part of the material is coloured by hand painting, dyeing, digital printing or transferring and cut by laser cutting technique. With the resentation of the colour, pattern and structure, may this collection bring fun and fantasy to the  audience! 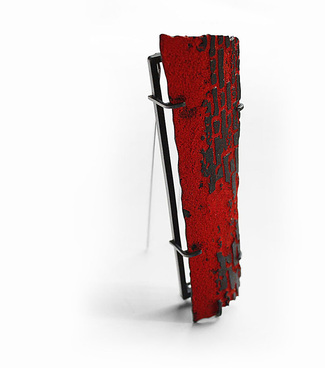 Han-Chieh (Joy) Chuang 莊涵絜
hanchiehchuang@gmail.com
The growing background and experience of the environments has strongly influenced the concept of Han-Chieh Chuang’s works. Growing up in such an advanced capital city she has become gradually tired of busy urban lives and yearn for the simple and buoyant life in traditional Taiwanese farming villages where people are sanguine and content. Chuang looks for elements that have come from her affection for her homeland, particularly, the Taiwanese agriculture combining techniques with hand craft skills to complete series of works that she hopes to express the strength and emotions connected to her home. She believes art has a strong power of communicating a message. Through her works she expects to pass an idea of the beauty of her homeland and bring it back to hearts where those beauties have been forgotten. 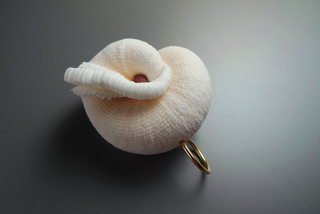 Ying-Hsui Chen 陳映秀
show741204@hotmail.com
I was born in Penghu, a small island Southwest of Taiwan. In the process of growing up, the beach is my most frequently visited spot as I was raised in an environment surrounded by the sea. My imagination came from Mother Nature. I was deeply fascinated by the forms and colors of marine animals as well as their bodily patterns and the way they grow. Through observing familiar natural
phenomenon and summarizing their essence, I have conveyed characteristics observed into my works. 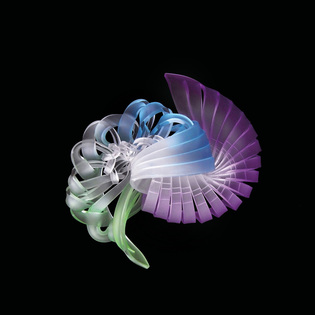 Cai-Xuan (Molly) Wu 吳采軒
cxw.jewellery@gmail.com
Acrylic is a basic industrial material can be seen in daily life. I try to insert nature into the material and bring the life out. Through all the hand making process, the sea life-like organic form allows my imagination into real life and shows the free, fluid and vitality feeling of natural.
By not using knitting in its traditional application, my works are intended to show the beauty of knitting in structural three dimensional forms. My challenge is to use non-textile materials to transform a traditional craft technique into a contemporary art work which pushes the boundary of material and making technique. 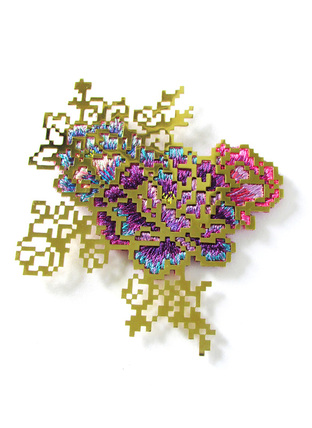 Heng Lee 李恆
henglee1017@msn.com
Through making jewelry, I explain how the overexpress costumes and luxurious jewelry along with Eastern and Western history become the inspiration for my works. I present Chinese traditional craft as another inspiration of my collection, and display how the surprising flame can be generated when traditional patterns cross upon contemporary jewelry. In my series of works, I enlarge the images which as a decorative garment on the dresses or creatures of nature. Throughout magnified image process, pixels of  the pattern also weakened, and the rest is similar to the mosaic image. As the image to
magnify, the border out of focus, then hand-embroidery would be the highlight of  all. 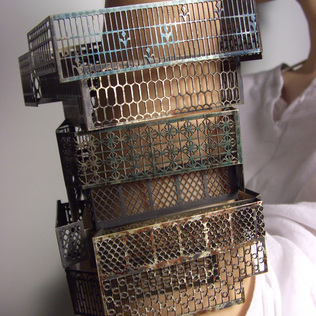 Yung-Huei Chao 趙永惠
chaoamal@gmail.com
The fascinating building blocks of the overbuilt barred windows and corrugated irons, commonly seen in Taiwanese housings, are arranged and fabricated in any possible way. Using this as a pattern, intuition leads the pieces to different shapes and sizes for a chaotic and vital effect for human body build-on.
Powered by